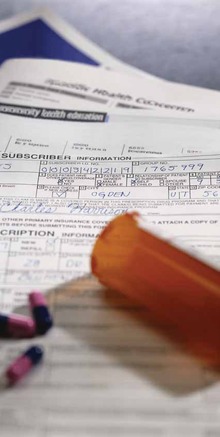 Sometimes you will feel dizzy when you stand up suddenly. Perhaps you are suffering from a disease called anemia. And it does great harm to pregnant women in particular. So we describe something about anemia that pregnant women should pay attention to.

Some people have such misunderstanding that generally anemia does not influence the growth of the foetus. In fact, anemia will decrease the ability of carrying nutrients and oxygen in blood for pregnant women. And even it will make an influence on the absorption of nutrition of the foetus if it is serious. Generally speaking, the newborn baby will not suffer from anemia, but he will have a lower level of iron than normal baby. Moreover, those who are fed breast milk will get anemia and their immunity will also decline after birth. As a result, it is easy to make them get a cold or a fever.

For pregnant women, they should have some animal livers that contains cholesterol which is the raw material of hormones related to the growth of foetus as well as the nutrition required for the human body. However, some animal livers may contain artificial hormones that do harm to the health of pregnant women and foetus. So you should take care of that before buying such product.

In addition, those who suffer from anemia should have more vegetables with dark green leaves. Pregnant women have to eat different kinds of food to ensure balanced intake of nutrition. In terms of vegetables, they should have more vegetables with dark green leaves that are rich in vitamins, especially those containing folic acid, vitamin B12 and vitamin C. But some vegetables are not beneficial to the prevention of anemia such as spinach, bamboo shoots and so on. So pregnant women should eat less such food.

Spinach was once believed to contain a lot of iron that was good for the cure of anemia. In fact, though spinach is rich in iron, it contains a lot of oxalic acid which will affect the absorption of iron and calcium due to the combination with the iron and calcium in the stomach and intestines. As a result, the body can absorb little iron from spinach.